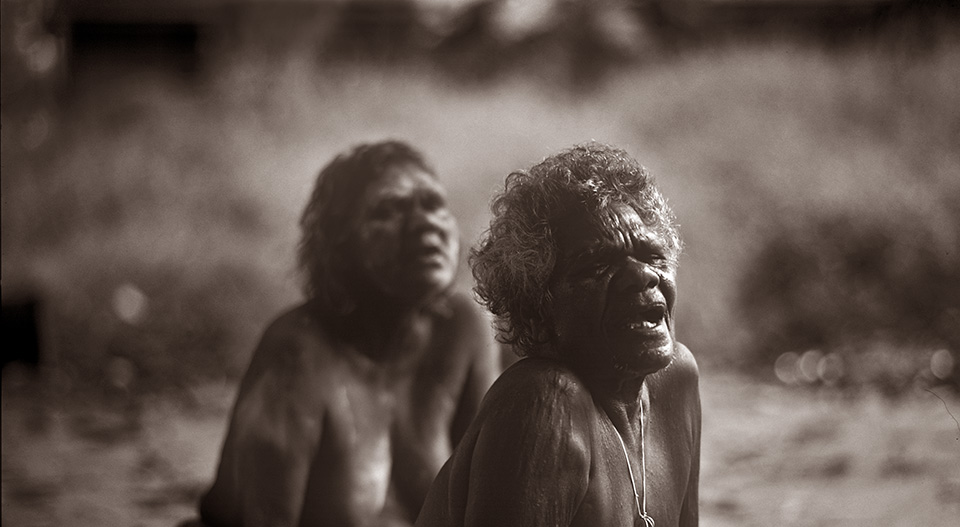 50,000 years ago, the Tiwi people settled on Bathurst and Melville Islands 60 km north of Darwin Australia. The Tiwi are Indigenous Australians, the world's oldest civilisation.

12,000 years ago, the last ice age ended, resulting in sea levels around the Tiwi Islands rising by 140 metres and isolating the Tiwi. They developed a separate language, and a culture which differs in many ways to Aboriginal culture in the rest of Australia.

110 years ago, when Catholic Missionaries arrived, the Tiwi were hunter gatherers; there were no permanent settlements.

33 years ago, I visited the Islands for the first time. I fell in love with the people and started to photograph them. Two books, numerous exhibitions, and thousands of photographs later, I am still photographing them.

It is not easy to fit into a group of people who are so connected to land and nature around them, but I had help. Gerardine, a highly respected Tiwi elder became my sister. She was my guide and interpreter, and the Tiwi accepted me from then on. The Tiwi Collection would not exist if not for Gerardine’s help.

There was of course the physical discomfort of heat and the lack of ameneties. Then there was the language, cultural  sensitivities ... It was a new world for me and I took it all in.

When you sleep in a swag under the stars, listening to the waves of the sea, you don't think of crocodiles moving closer or snakes seeking the warmth of your swag. You know somehow that your new friends are watching over you. That you are safe.

This is what I found living with the Tiwi people:  They are extremely sensitive and caring once they have accepted you. This is so different from the world we Whites now live in.

And this is the world that I want to share with you over the next month or so, with my Tiwi Collection

To see or not to see. That is the question.

Content Censorship is now a way of life for bloggers posting on Social Media. Unfortunately, the technology cannot differentiate between photographs of an ancient people practicing their culture and pornography. Fortunately, my website containing The Tiwi Collection does not appear to offend anyone. So if you would like to see ALL of my Tiwi photographs, have a look at my website