I have called this series of posts “ A Photographers Tale “ because that is what it is – the tale of my life as a professional photographer – a sort of stroll down memory lane. The title is not new, I first used it in a presentation at “Hair of the Dog” in Brisbane in 2013, so this introduction contains content that some of the 300 or so photographers who heard my talk will probably recognize. But here goes anyway!
Really, I have had a wonderful and exciting life as a professional photographer, travelling widely and meeting great people. My journey started in Germany and took me via England to Australia. I am still enjoying it, though at a slightly slower pace? There were ups and downs – life is never even! Success and failures chase each other, but if you learn from your mistakes you are ahead.
I was not born with a silver spoon in my mouth, my parents ensured that I had a decent education, but after that I had to earn my bread and butter. I really didn’t get to know my father until I was I was 11 years old. During the war he was an officer in a tank regiment, and after that he spent 4 years in a POW camp, where he gave art classes for other inmates – he was an artist and graphic designer before the war.
To be a photographer in Germany, you had to serve an apprenticeship, which included studies at TAFE, and covered all aspects of the trade – yes it was called a trade – not art! The arty bit comes later, once you have mastered the basics. At the end of the four year apprenticeship under a master photographer you had to pass an exam.
I started my apprenticeship in 1956. The only position vacant at that time was a place in the photographic department of an industrial company, producing road building machines. Not the most exciting place for someone who wanted to be a war photographer, nothing less! Where was I? Back to photography! First I had to learn all about view cameras, lights, dark room, and chemicals…and even though I was shooting machines and road workers, to pass the exam I still had to produce architectural shots, portraits and other advertising images. 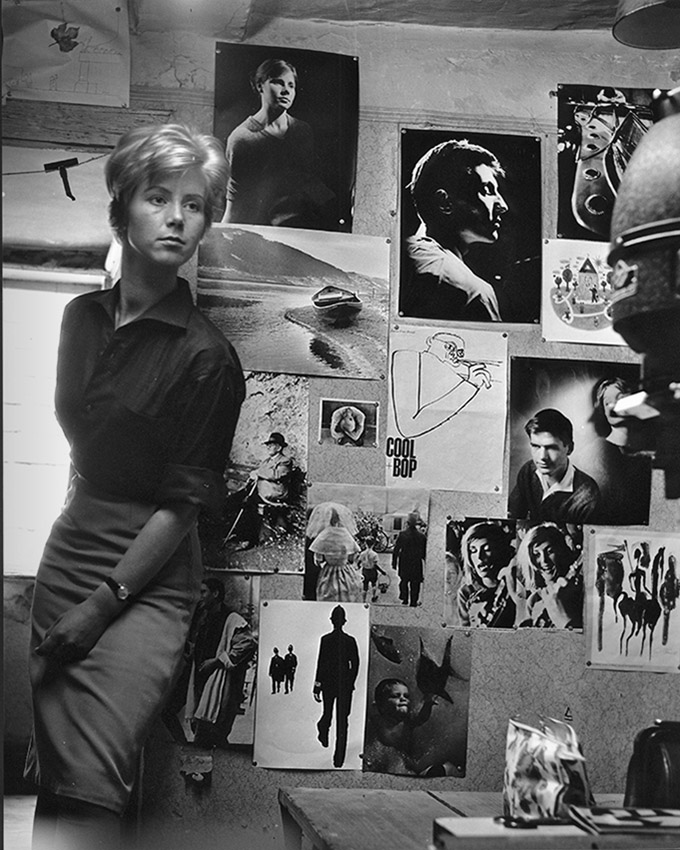 Heide in the darkroom of the Dewezet Daily Paper 1961

Then I became a photojournalist working for a Daily – Die Deister-und-Weser-Zeitung. That was fun – most of the time, and I certainly learned how to shoot in less than ideal conditions. I shot everything from current affairs, political stuff, accidents, portraits and sport. My soccer shots improved with the help and advice of some keen veteran bystanders. In those days, I had to develop my own films at night – often push processing, resulting in very grainy images. It mattered little, since the grain would disappear in the ‘pixels’ of the Newsprint. Time was always precious, because the shots had to show up in the issue the next morning. You always, always had to come back with shots. No excuses for the editor!! Not the stuff for soft focus either! Recently I read a comment by a budding art photographer that focus is overrated! It was absolutely essential then and did not always come easy, when you shot a road accident in the dark for instance. No autofocus then! In fact, no auto anything.
A couple of books were published of my work during my stint as a photo journalist in Hameln. My work was also represented in a number of international exhibitions in Europe and Asia, and in 1963, the year I left Germany with husband Brian, Fotokina exhibited the work of 14 young photographers, which included me.
But more of that in the next part of my tale! To see more posts go to my blog – heide