Last week I concluded the introduction to A Photographers Tale by saying, ” in 1963, the year I left Germany with husband Brian, Fotokina exhibited the work of 14 young photographers, which included me.”  The shot below is from a newspaper report of my contribution to the Fotokina exhibition. 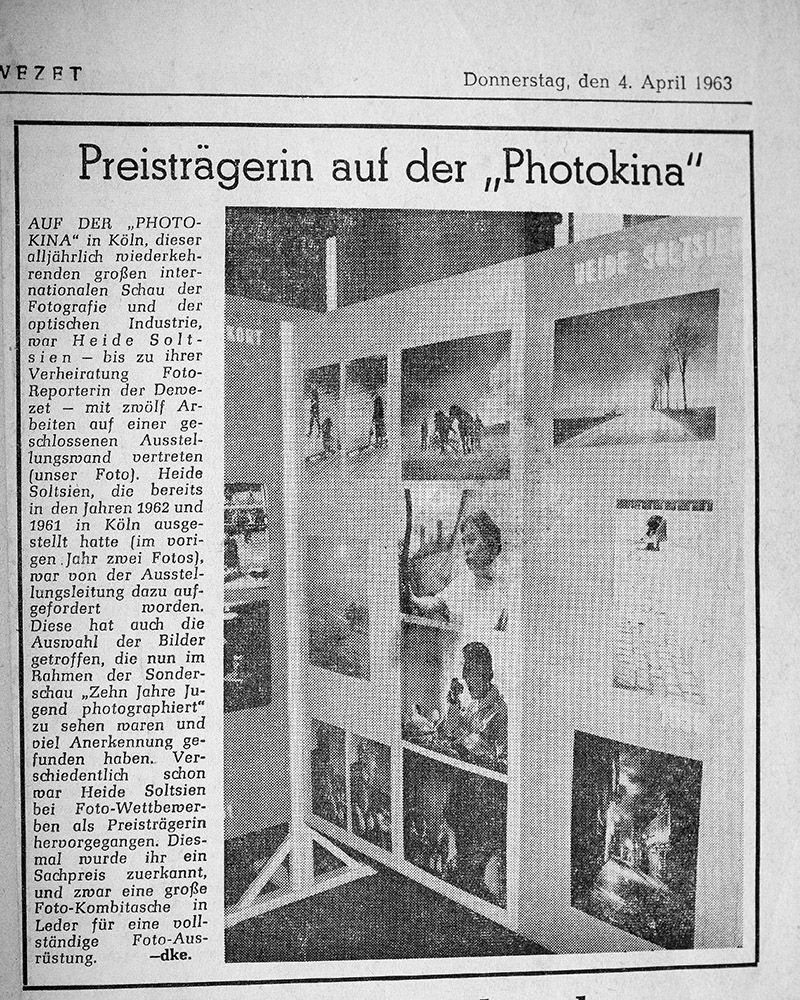 This is a translation of a newspaper report;
Prize bearer at Fotokina 1963
Heide Soltsien, who was working as a photo reporter for the DEWEZET until she married recently, has been represented with twelve works at a closed exhibition at the Fotokina, the annual great show of photography and the optic industry. Heide Soltsien, had already exhibited in Cologne with one print in 1962, and with two prints in 1961, but this year was invited by Fotokina management to fill a wall panel. It was part of a special show called: Ten years – Youth Photography. Heide has previously received awards and prizes. This time the prize was a large Kombi- Foto bag in leather.
DEWEZET Thursday, the 4.April 1963

I photographed Kleine Straase in my home town of Hameln in 1955; it’s the image in the bottom right corner of the Fotokina panel above. 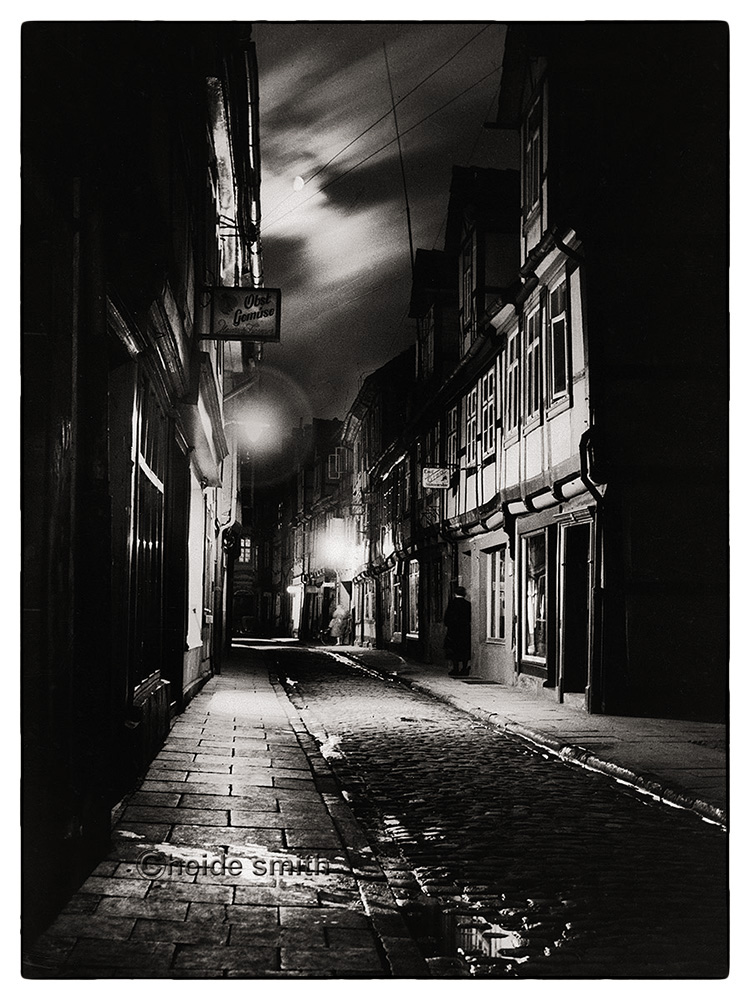 Kleine Strasse in Hameln photographed by Heide Smith-Soltsein in 1955

This is another of my shots from that era; 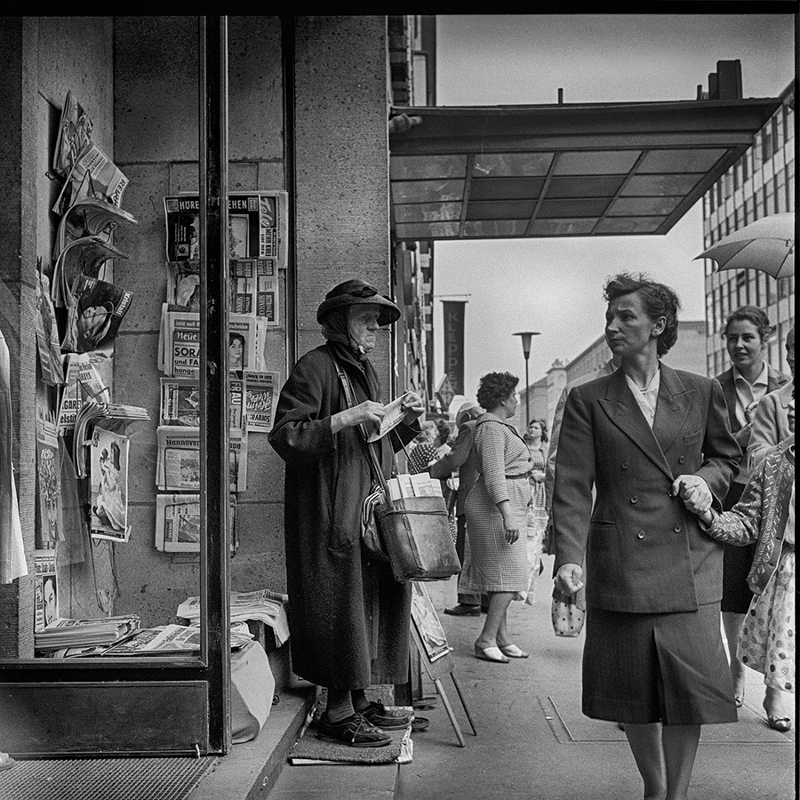