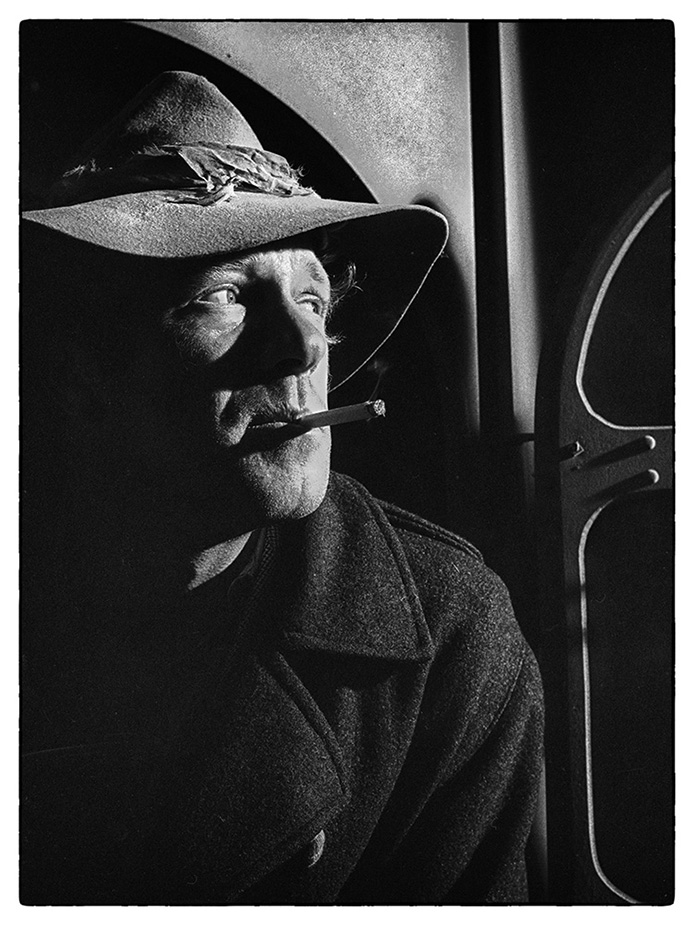 Jack Thompson AM is a Living Legend of Australian Cinema. He had leading roles in many films but the ones I remember particularly well are “Breaker Morant” and “The Man from Snowy River”. Another claim to fame was his appearance in Cleo magazine as the first nude male centrefold in 1972, (which unfortunately was not my assignment), and his induction into the Australian Film Walk of Fame in 2011.
I photographed Jack Thompson in 1972 not long after our arrival in Australia. I think the location was Paramount Studios in Sydney, and I think he was starring in “Spyforce”. If my memory has failed me on either point, please do let me know.
This portrait is part of my Noted Australians Collection and is a Limited Edition of 7 print. I also have another shot of him in my National Press Club Collection