I photographed Sir Mark Oliphant in 1994 at his home in Canberra for a collection I was working on called “The Canberrans – a Vintage Selection”. The exhibition in support of The Council for the Ageing, was held in the ACT Legislative Assembly Building and was launched by the Chief minister Rosemary Follett. When I invited Sir Mark to the launch, he said “Sorry but I have no transport”. I gave him a lift and once we arrived he realized that many of his old friends were also in the exhibition, and he seemed to thoroughly enjoy himself. You can see all the portraits from “The Canberrans Collection” on my website. Many of the portraits appeared in my book “A Portrait of Canberra and of Canberrans” , which is still available in my Gift Shop. 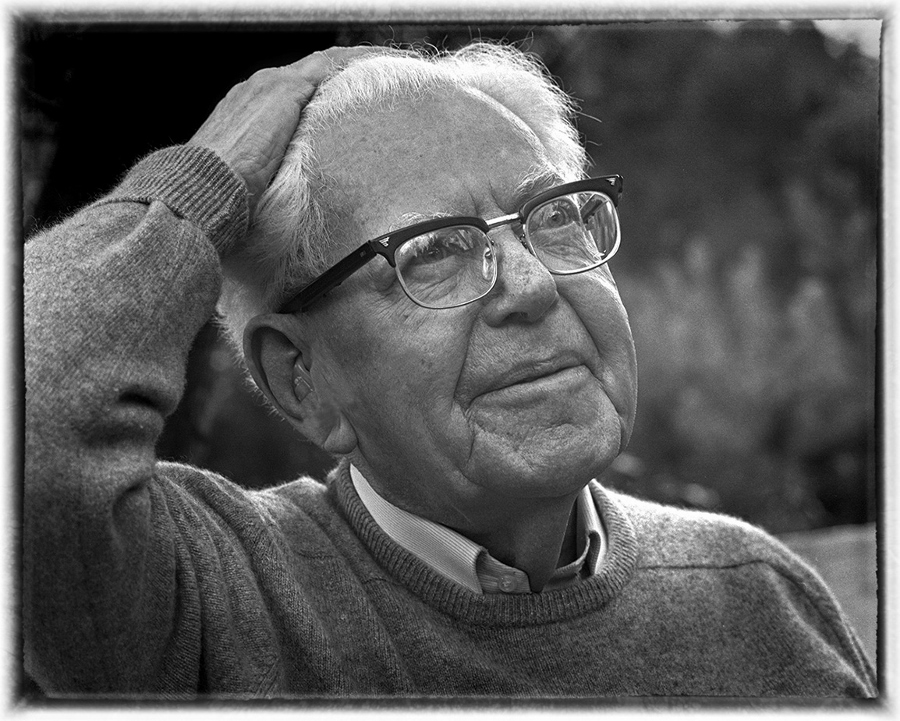 Sir Marcus “Mark” Laurence Elwin Oliphant, AC, KBE, FRS, FAA (1901-2000) was an Australian physicist and humanitarian who played an important role in the first experimental demonstration of nuclear fusion and also the development of nuclear weapons. He founded The Research School of Physical Sciences at the ANU’ was the first President of the Australian Academy of Science, and was Governor of South Australia. For more information on the life of Sir Mark Olipant, see The Australian Academy of Science Biographical Memoirs