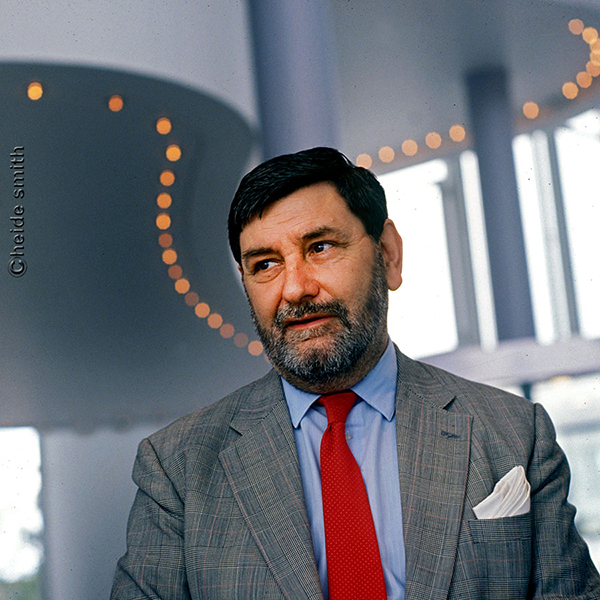 Two things happened on Saturday. I read Dr Barry Jones article “The Courage Party” in The Saturday Paper, and Heide gave me another portrait to add to the Noted Australians Collection on her website- and the portrait was of Barry Jones!
If you are too young to remember him, Barry Jones was the Minister of Science in the Hawke Labour Government 1983-1990, and was even better known as ‘National Quiz King of Australia’ What isn’t so widely known is that he was named by the National Trust in 1998 as one of Australia’s 100 Living National Treasures, he is the only person to have been elected as a Fellow of all four Australian learned academies – FAA FACE FAHA FASSA FTSE , and that in 2014 he was made a Companion of the order of Australia, recognising ” Mr Jones’ role as a leading intellectual in Australian public life”.
So, you could say that Barry Jones, in his 84th year, has earned the right to be taken seriously. There are some fascinating insights in his article;
“Donald Trump’s election as the 45th president of the US marked the beginning of a new political era- post truth-evidence, post courage- which is particularly confronting, considering that Americans, like Europeans and Australians, are part of the most highly educated cohort in their history, on paper, anyway. The truth of a proposition means nothing, and evidence is irrelevant”. ( his analysis of the character and intellect of Trump is superb – it confirms all my worst nightmares.)
In his later years Malcolm Fraser (pm 1975-1983) “thought that both the Coalition and the Labour party had become corrupted and timid, looking for immediate advantage, adopting a narrow focus on economics, as if humans could be defined as consumers only, as homo economicus; that the goals of life were entirely material, and that long term issues, involving the fate of the planet and non commercial values could be ignored.”
So Fraser and Jones solution, was that a new political force was needed, a party whose policies would be evidence based, and who would tackle the “wicked” problems, such as “refugees, a new taxation system, a post carbon economy, biota sustainability, needs based funding for education, ending toxic political culture”.
Now that’s more like it! Strongly recommend the article, in fact I strongly recommend The Saturday Paper